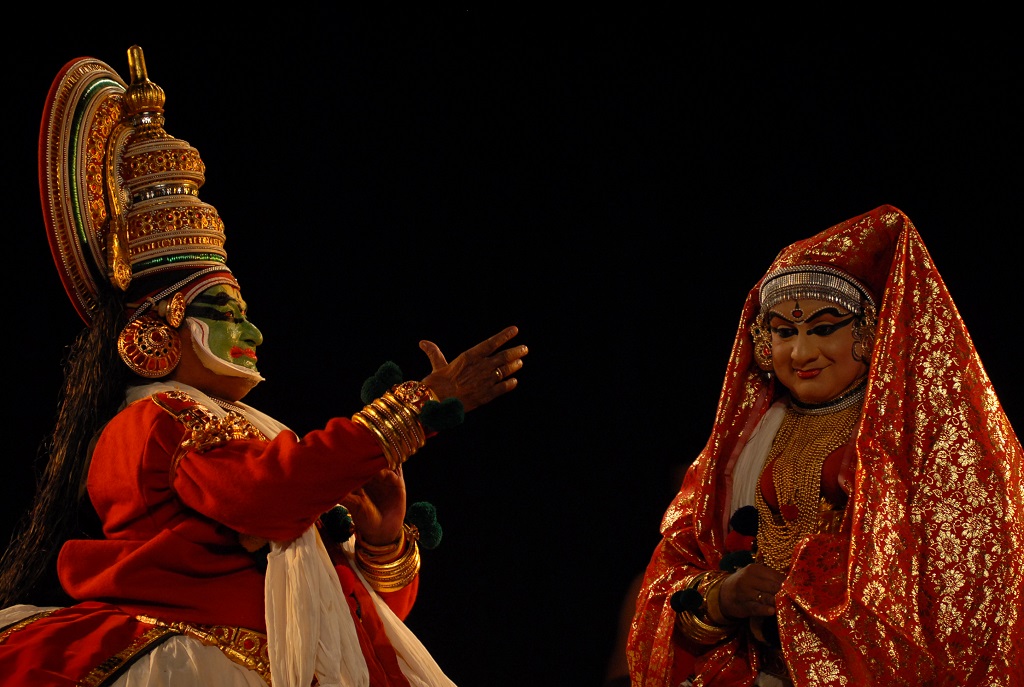 Kathakali originated as Ramanattam in the royal court of Kottarakkara in South Central Kerala. The transformation from Ramanattam to the stylized classical art form of Kathakali was consummated in the Northern kingdom of Kottayam. The southernmost kingdom of Travancore (Venad) was in ascendancy from the beginning of 18th century. Reflecting Kathakali’s pan-Kerala appeal, and the cultural ascendancy of Travancore much of the further development of art form till twenteeth century took place in the royal court of Travancore.