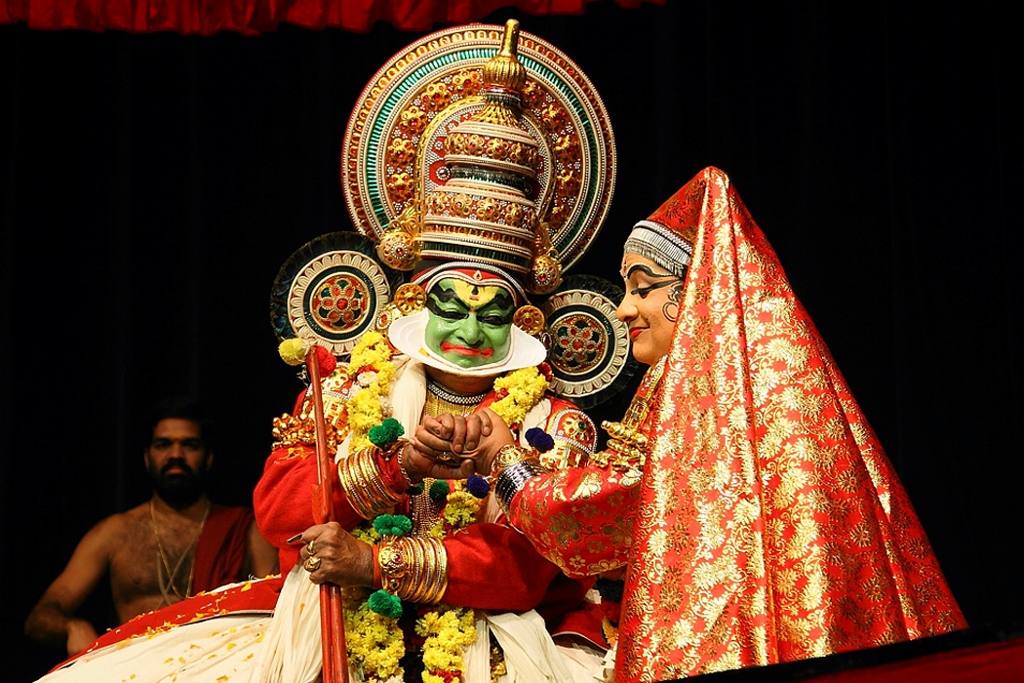 Karthika Thirunal, the legendary King of Travancore known as Dharmaraja penned several plays. He is however an unfortunate author as most of his plays were superseded in Kathakali by works of other authors who dealt with identical themes. Subhadraharanam, Kalyanasaugandhikam and Bakvadham were three such plays. Subhadraharanam written by Mantredath Nampoothiri became much more popular on stage and eventually Karthika Thirunal’s version went out of use. IKKF would also stage the popular version of this classical play. In the first part, Arjuna the hero weds Subhadra. The wedding was arranged on the sly by Subhadra’s brother Shreekrishna without the consent of the eldest brother Balarama. The rage of Balarama and how the wily Shreekrishna placates him forms the theme of the latter part. Subhadraharanam is one of the few Kathakali plays to feature Ashtakalasam, an expansive and intricate choreographic piece in Kathakali.