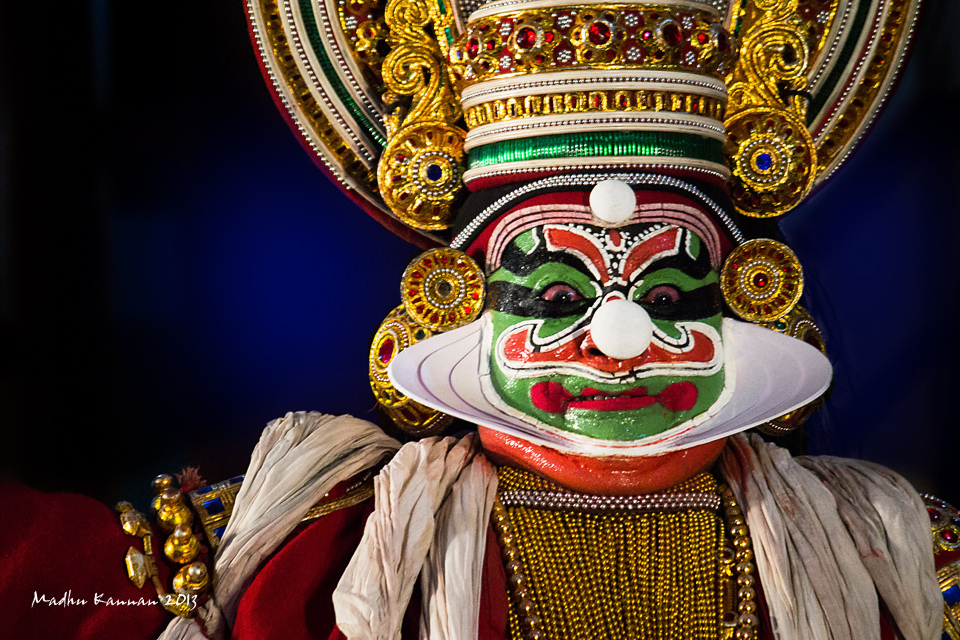 Narakasuravadham, another play penned by Dharmaraja fared far better. The prominence enjoyed by the anti-heroes in Kathakali and the romantic interlude in slow tempo (Pathinja Padam) that is the norm for anti-heroes were contributions of Karthika Thirunal. Narakasuravadham is a typical example of this approach. The play begins with Nakrathundi, a demoness serving Narakasura visiting the abode of Gods in the form of Lalitha, a beautiful character concept in Kathakali. Lalitha usually is a demoness in the garb of a noble woman, and thus the portrayal calls for a nuanced treatment on stage. Nakrathundi is enamoured of Jayantha, the son of Indra the King of Gods. Her amorous advances however are spurned. An enraged Nakrathundi then attacks Jayantha in her actual mien but is maimed by Jayantha. Narakasura, the mighty demon lord is romancing his wife when he is interrupted by the wailing Nakrathundi. Narakasura then sets out to battle and defeat the Gods. The romantic interlude of Narakasura is delectable and the part when the actor imitates a peacock (Keki) is a treat of theatre.