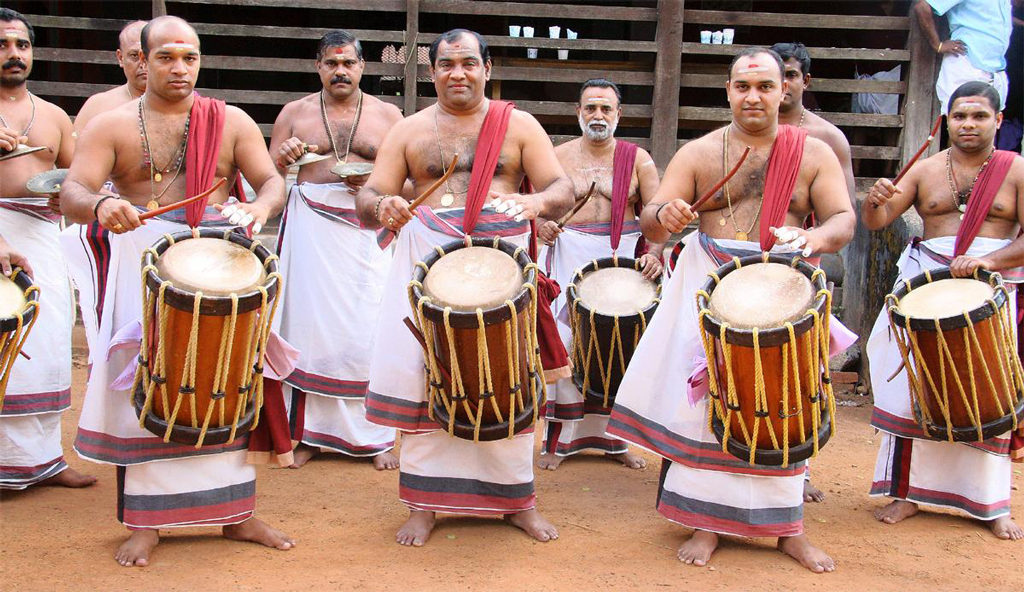 Thaayampaka draws from the rich percussion heritage of Kerala that has evolved a unique and delectable identity while conforming to the larger landscape of Indian rhythmic systems. Unlike Panchavadyam and Melam which brings together a larger ensemble of artistes, Thaayampaka is performed by one or two chenda artistes with a few accompanists. The progressively crisp yet intricate rhythm structure and improvisations galore transport connoisseurs and laymen alike to the realm of rapture.

‘Mattannur’, as Sankarankutty Marar is affectionately called by the legion of art lovers in Kerala, has so shaped the tastes of Thayampaka enthusiasts in our generation that most of them use him as a benchmark to evaluate any Thayampaka performance. Little wonder then that most flourishing artistes today tend to emulate him, including departures he has consciously made from the tradition prevalent before him. Chenda as a versatile instrument, Thayampaka as an art form and percussion tradition of Kerala itself has been enriched by the eminent contributions of this great artist.