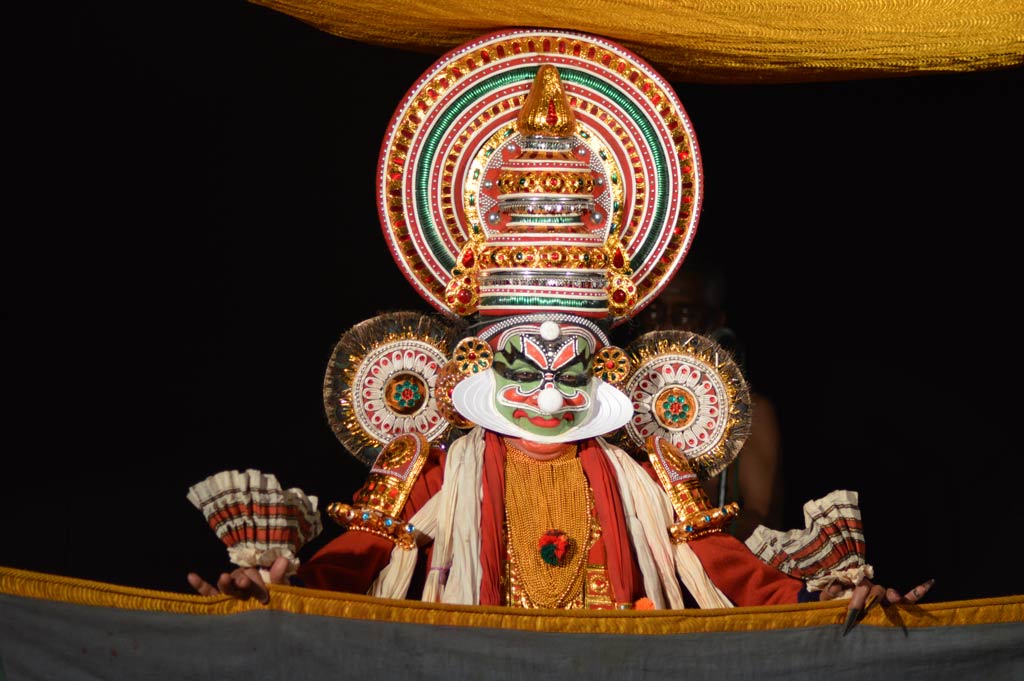 Penned by Kareendran Kilimanoor Rajarajavarma in the first half of 19th century, this play depicts Ravana attaining superlative glory following his successful penance. At another level, it also depicts the darker shades of Ravana and the hubris that eventually causes his downfall.

While ruling as the powerful lord of Lanka, Ravana is enraged by the chastening message sent by his half-brother Vaishravana. Ravana then sets out in war to defeat the latter. On his way, Ravana rests with his army in the vicinity of Mount Kailasa. There his amorous instincts are aroused by the sight of the nymph Rambha, who is setting out as the consort for the night of Nalakoobara, Vaishravana’s son. Ignoring the entreaties of a tearful Rambha, Ravana violates her. This episode (called Rambhapravesham) forms the central part of the play enacted on stage. Ravana subsequently crushes Vaishravana in battle and among the things he plunders is Pushpaka, the magical flying chariot. On his way back to Lanka, Ravana is obstructed by Mount Kailasa, the abode of Shiva. In the famous Kailasoddharana (lifting of Kailasa) episode that follows, the mighty Ravana lifts Mount Kailasa in his hands and when punished by Shiva, he propitiates him through his strength, devotion, and hymns. Shiva’s bestowing of the powerful magical sword Chandrahaasam on Ravana is the climax of this play. Melodious padams that form the exchange between Ravana and Rambha is a key attraction of Rambhapravesham.