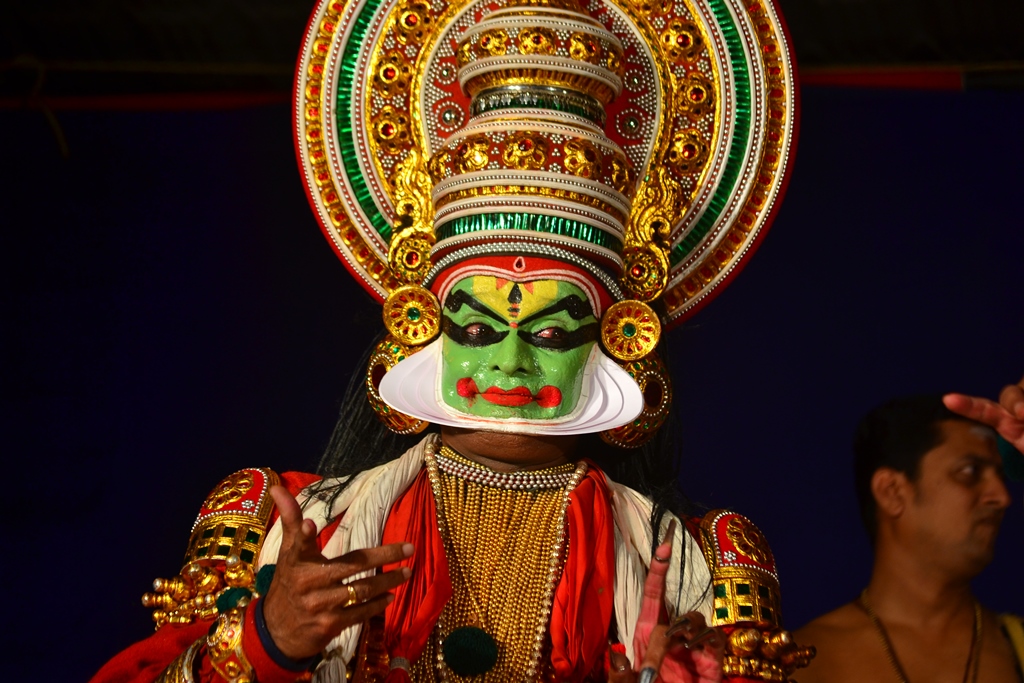 Kathakali is a highly-stylized classical dance-drama remarkable for its attractive make-up of the characters, elaborate costumes, detailed gestures and well-defined body movements presented in tune with the anchor playback music and complementary percussion

Kottayam Thampuran, the then ruler of the North Kerala princely state of Kottayam, gave shape to the classical theatre form of Kathakali through his four seminal works (Aattakkathas) in seventeenth century CE. Ramanattam, the predecessor of Kathakali, had its focus on narration of the complete epic Ramayana. With Kottayam Kathakal, as the works of Kottayam Thampuran are known, emphasis was placed on the form rather than content of the theatre. With four tales picked from the Adiparva and Vanaparva of the well-known epic Mahabharatham, KottayamThampuran defined or refined most of the core concepts of Kathakali vogue till date. Successive generations of great masters of Kathakali well into the 20th century only built on this foundation and never felt the need to alter any part of it. In spite of the eight Ramanattam plays that preceded and hundreds of plays that succeeded it, Kottayam Kathakal still are the primers for edification of any Kathakali artiste and against which his or her performances are benchmarked.

Kottayam Thampuran was himself an accomplished and passionate Kathakali actor. His four plays formed the personal quest by a gifted performer in framing the ideal content that can bring about the best in his theatre medium viz. Kathakali. The progression of this quest is evident in the sequence of his four plays, each one significantly improving the on stage possibilities over the previous one.