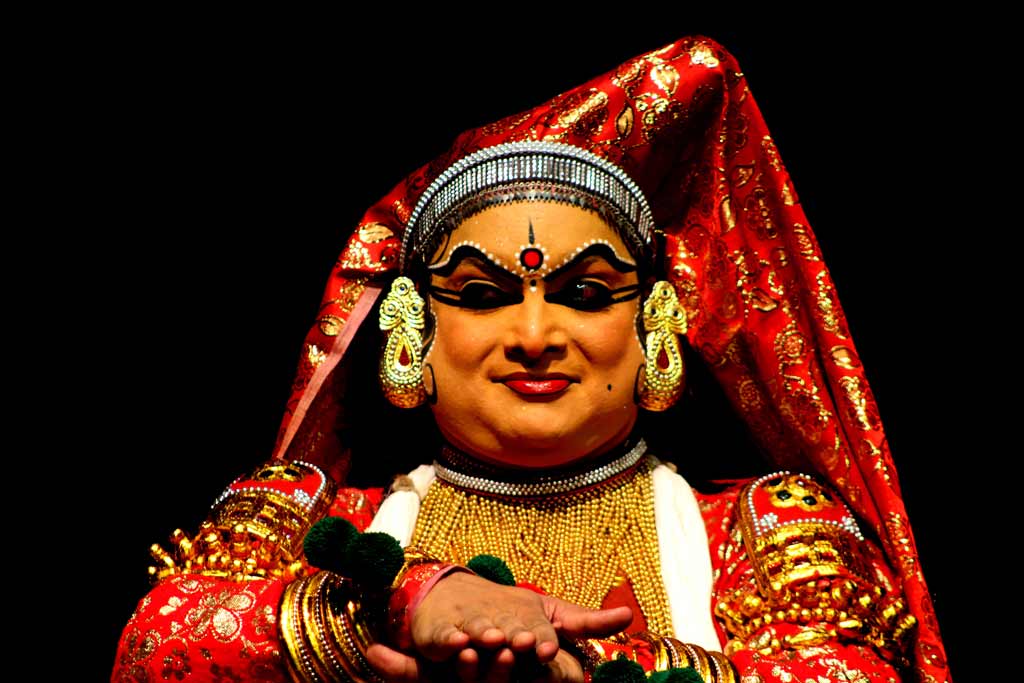 This final work of Kottayam Thampuran is also recognized as his most accomplished. Chronologically the story runs concurrently with Kalyanasowgandhikam, and Thampuran cleverly establishes this using Sage Lomesha in both the plays. The story begins with Indra, King of the Devas, assigning his charioteer Mathali to travel to earth and fetch his son, the mighty warrior Arjunan. Mathali plays an important role in this part of the play and his meeting with Arjunan brings out the heroic character of Arjunan succinctly in the famous padam “Salajjoham”. Arjunan travels to devalokam(abode of the Gods) with Mathali and pays homage to Indra. He then meets Indra’s consort Indrani and pays homage to her as well. Arjunan, overjoyed by the honour bestowed on him by the Gods, exp 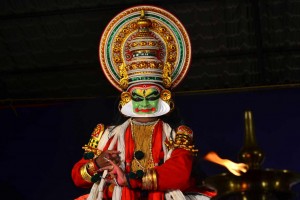 resses his ecstasy through one of Kathakali’s most intricate and enjoyable choreographic set-piece, the Ashtakalaasham. Arjunan is then moving around partaking the sights of devalokam when he spots the demon Vajrakethu abducting heavenly nymphs (apsaras). Ever the valiant hero, he slays the demon and rescues the damsels. Urvashi, most beautiful of the apsaras is smitten by the valour and good looks of Arjunan and sets about to seduce him. Arjunan considers her advances improper and admonishes her. Spurned Urvashi then vents her wrath by cursing Arjunan that he shall become a eunuch. A crestfallen Arjunan is then consoled by Indra that in due time this curse too shall prove a boon during the ordeals the Pandavas have to face. Indra then requests Arjunan to help thwart the demon Nivathakavachan, who inflicts much sorrow on the Devas and who can be slain only by a human. Arjunan battles and eliminates Nivathakavachan. Kalakeyan, friend and ally of Nivathakavachan, then challenges Arjunan to battle. Arjunan is initially confounded and knocked out by Kalakeyan. Seeing Arjuna’s predicament, Shiva sends his messenger Nandikeshwaran. Aided and encouraged by Nandi, Arjunan battles Kalakeya again and kills him. Kalakeyavadham thus portrays Arjunan as the consummate hero from start to finish. On stage, the play usually ends with the episode involving Arjunan and Urvashi.