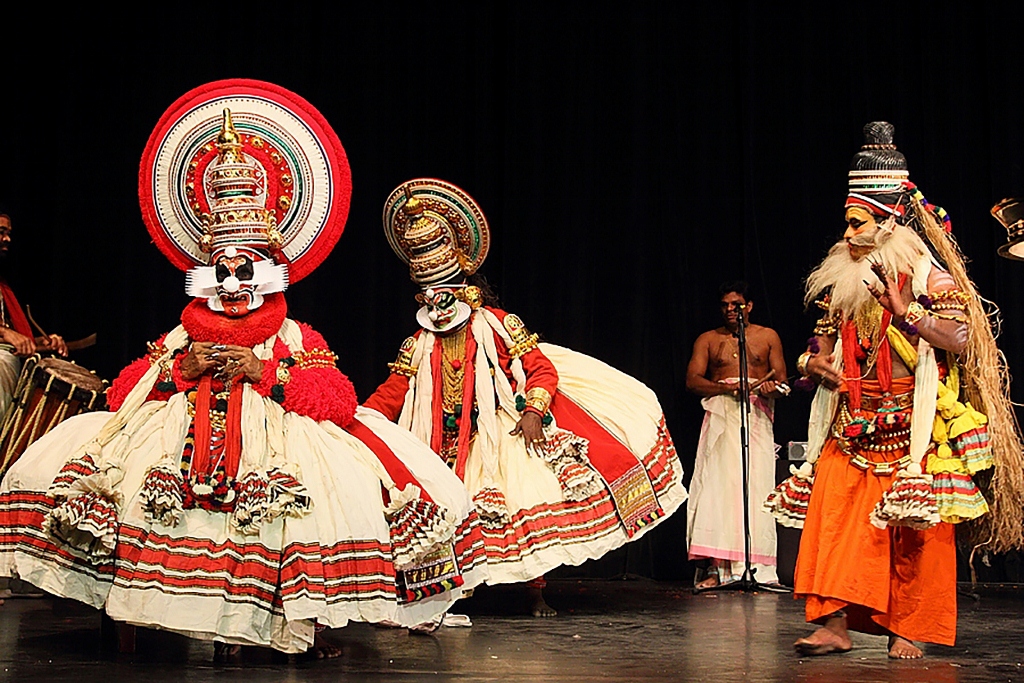 Written by Kalloor Neelakanthan Namputhiripad in the early part of nineteenth century (almost midway between the two plays above), Balivijayam is one of the very few Kathakali plays that has Hasya rasa (comedy) as its core instead of being an incidental diversion on stage. There are three characters – Narada, Ravana and Bali – and each of them have equal prominence in the narrative. Each of them represents a principal character type in Kathakali respectively being Minukku, Kathi and Thadi. Ravana, the indomitable demon emperor and Bali, the ferocious monkey king, both shed their inherent gravity and adopt humorous miens in this play. Joined (literally) by the incorrigible Narada, the duo usually manages to have audience in splits both from the intrinsic comedy of the plot and the mischievous improvisations on stage.