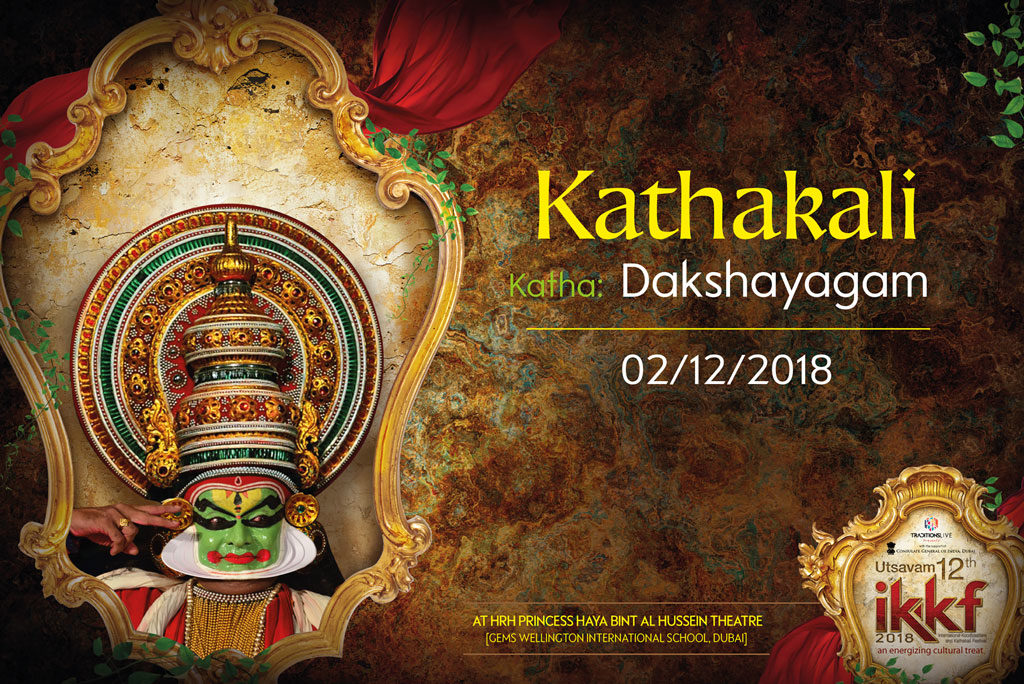 First half of nineteenth century was the golden age not just for Kathakali, it was the time when music and dance traditions of the littoral state flourished. It was the age of Swathi Thirunal, and his court poet Irayimman Thampi. Elsewhere in the Indian peninsula, it was also the age of the Carnatic trinity and Thanjavur quartet. Like his patron, Irayimman Thampi too was a multifaceted genius. Kathakali owes him three delectable plays. Dakshayagam, one of the central narrative of Saivism, was adapted by Thampi into a beautiful play. Daksha begins as a romantic hero in the play but eventually transforms into a brooding antagonist who is vanquished. In the Kathakali tradition, the two phases of Daksha are considered distinct and usually portrayed by two different actors. The romantic interlude (Pathinja padam) of Daksha is one of the most beautiful in Kathakali. Once Siva marries his daughter Sati, Daksha is blinded by hubris. While his downfall is predictable as he takes on Siva, the range of characters and scenes depicted by Thampi in his play provides for intense viewing.