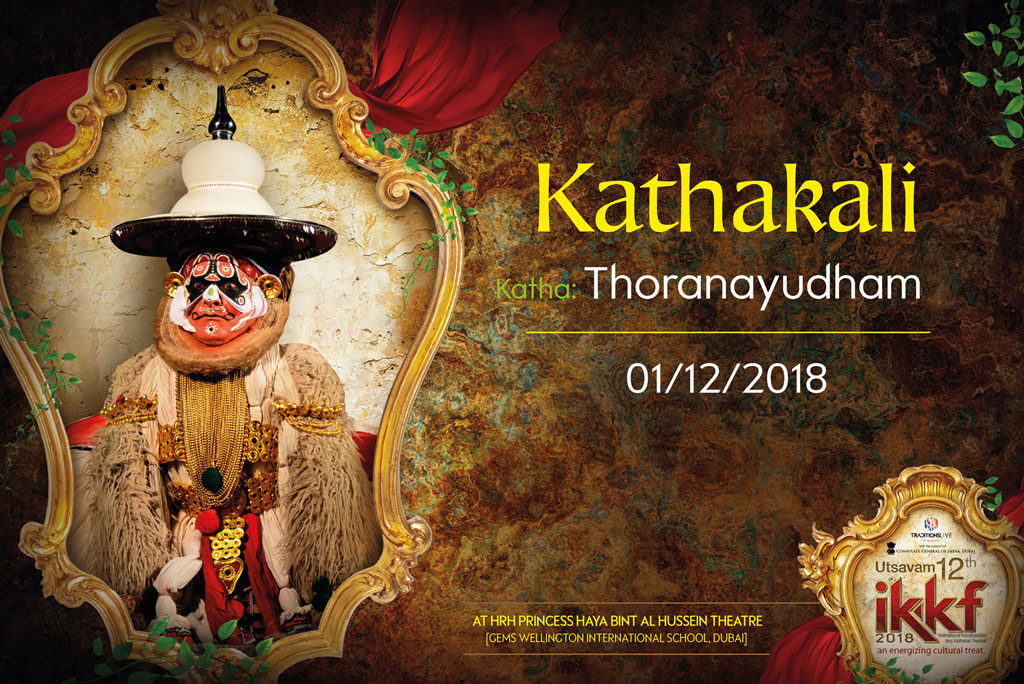 This play traces its origin to the genesis of Kathakali, when the King of Kottarakkara penned eight plays based on the epic Ramayana, and synthesized a dance-drama called Ramanattam to enact his work on stage. Ramanattam eventually polished its theater aspects and became Kathakali, and Thoranayudham is a classic

example of this evolution. Hanuman, the monkey warrior, is the hero of this play. He is on a divine mission to find the whereabouts of Sita, the heroine of the epic. As the theater of Kathakali evolved, the anti-hero gained more prominence than protagonists. Thoranayudham was one of the first plays where this glorification of the antagonist manifested. Kaplingad Nampoothiri, one of the legends who reformed Kathakali, was the brain behind this change. Ravana, the regular anti-hero became “Azhakiya Ravanan”, the romantic villain. While Hanuman is the central character of the play, it is often Ravana with his overtures to Sita that captures the heart of art lovers.