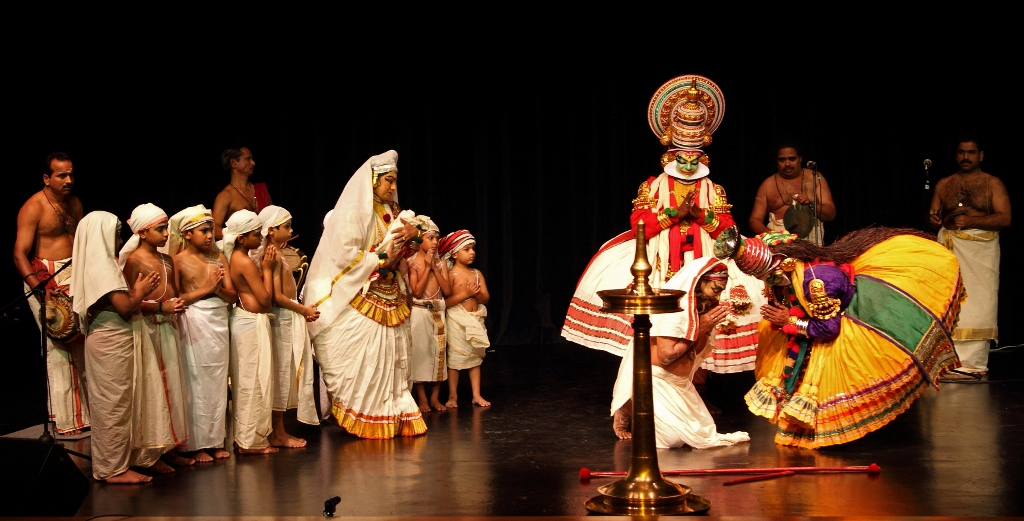 Santhanagopalam was authored by Mandavapally Ittirarissa Menon and predates Duryodhanavadham by nearly a century. Menon wrote two plays emphasizing the Vaishnava Bhakthi tradition and both became very popular. Of these Rukmangadacharitham was staged in IKKF 2016. Santhanagopalam once again follows a narrative from Bhagavatham that is all too well-known. The theater adaptation however offers a pleasant variation – in the form of the unnamed Brahmana who overshadows the protagonists Arjuna and Krishna with his merry-inducing performance. Though afflicted by tragedy (which Arjuna endeavors to alleviate), his lively disposition and mischievous demeanor endears him to the spectator. Delectable music is another attraction of this enjoyable play.