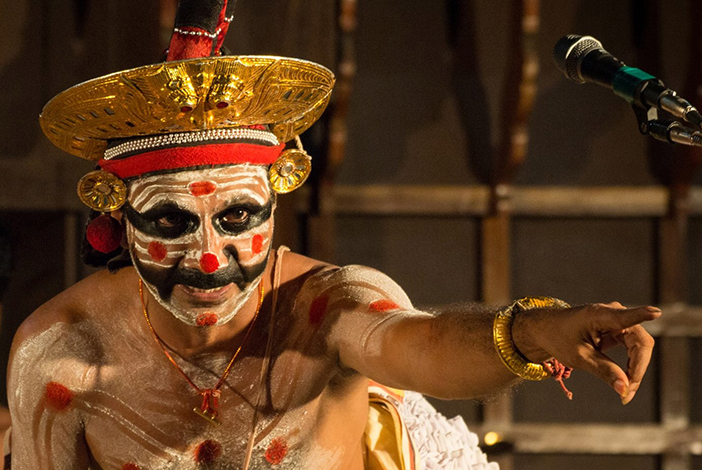 Padhakam or Prabandham is the great narrative tradition of Kerala. This art of story telling is fast dwindling in the onslaught of modern media.  The art form can be considered as typical Keralite model of narratology and interpretational technique.  The very essence of the composition is explained in detail, almost like an eloquent lecturer to his students.  The section being covered here by Srihari Chakyar would be the destruction of Ashoka Gardens of Lanka by Hanuman (Udyaana Bhanjanam).  The write up for the same is taken from “Ramayanam Prabandha”.  Hanuman commencing the destruction, the guards getting killed, Hanuman killing the other Rakshasa ministers deputed to encounter him, at last, Akshakumara, the son of Ravana himself meeting with the noble Monkey devoted to Lord Rama and latter killing him are the segments to be narrated.