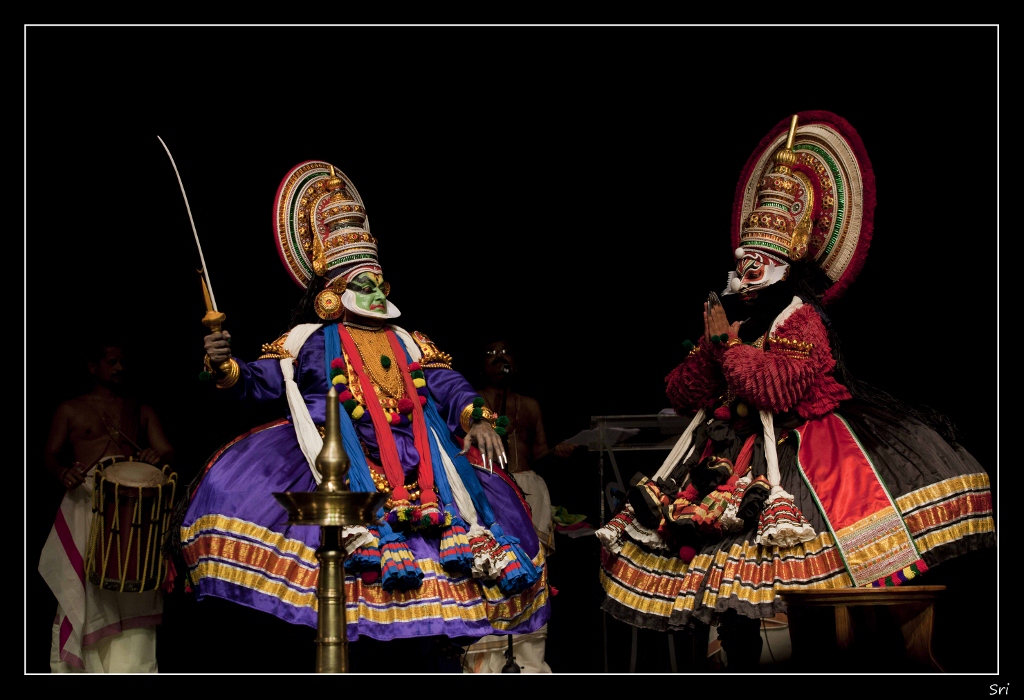 If Mooss managed to condense the epic Mahabharatha into a play spanning a few hours, Unnayi Warrier chose to expand one of its minor sub-plots into epic proportions in Kathakali. Nearly three hundred years after its creation, Nalacharitham still rules the roost as the most eloquent and poetic of all Kathakali plays. The drama spans four days (or nights) of performance and each of them are cherished as stand alone creations by Kathakali lovers. Moonnam Divasam or the third day begins to find the protagonists (hero Nala and his consort Damayanti) at the nadir of their fortunes. Defeated, heartbroken and despondent, Nala painfully sets out to regain all that has been lost – his kingdom, the love of his life, his children, his glory, his prowesses, his self-esteem and later his very identity. The sombre narrative is broken and lightened by the effervescent Sudeva who brings light to the lives of the protagonists and lightness to the stage.Well executed, Nalacharitham always evokes that perfect distillation of theater from poetry, as envisaged in the adage “Natakantham Kavithvam”. (Poetics culminates in theatrics).