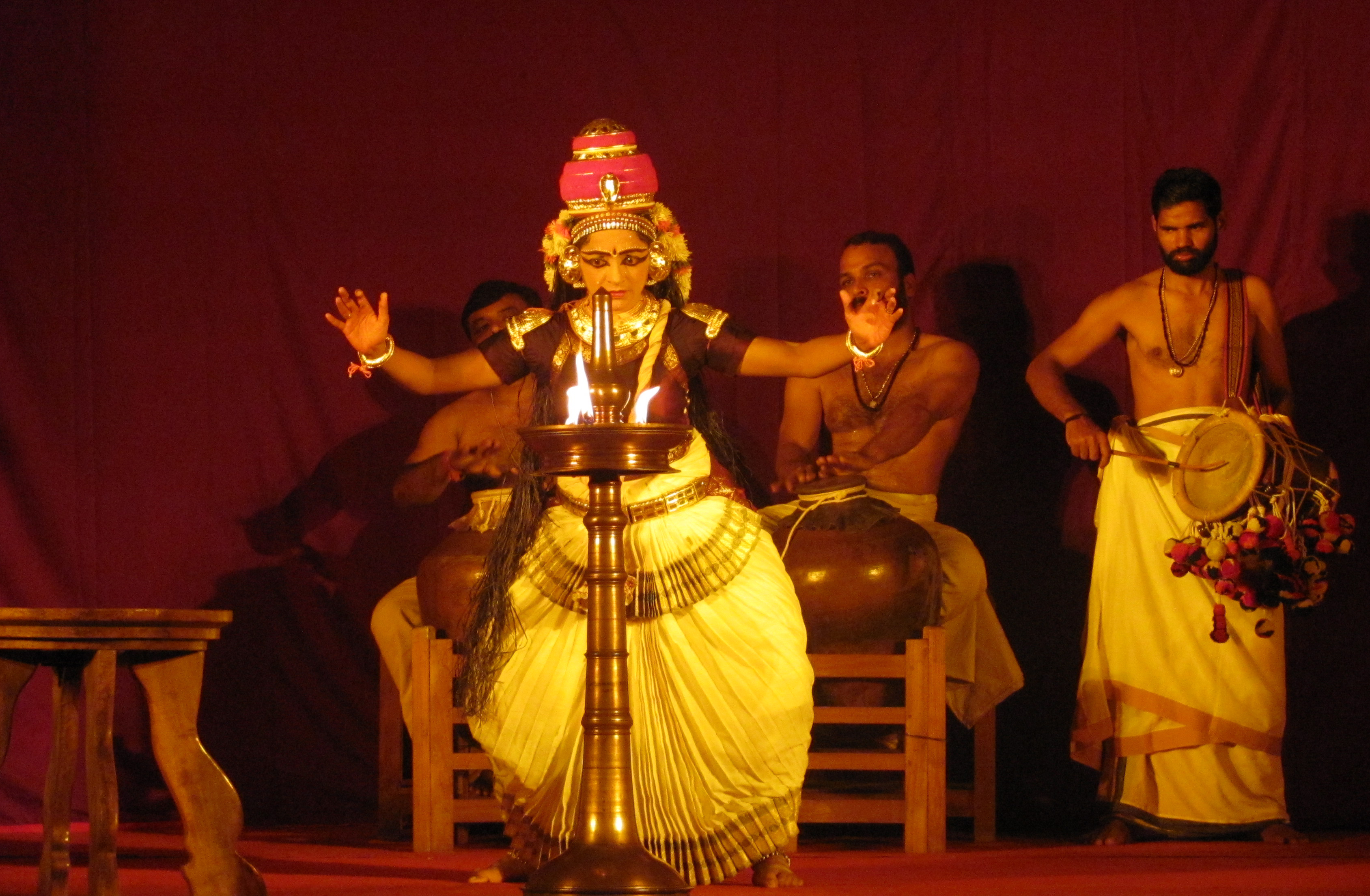 Parnnasaalangam is the first among the seven famed acts in the play Aascharyachoodamani by Shakthibhadran. Importance is given to the dialogues between Lakshmanan and Shoorppanakha though two more characters, Shree Raman and Seetha also appear in the act.

Lakshmanan, instructed by Shree Raman to build a hermitage, is on his way to inform him of its completion and is astonished to come across a beautiful damsel in the forest. She informs him that she is to be accepted as his wife and comes as instructed by Shree Raman. Lakshmanan replies that he has renounced everything in life and has come to the forest to be with and to look after his elder brother Shree Raman and that it was impossible to think of another marriage. He tells her to leave him and go back and see Shree Raman.

The act comes to an end as Lakshmanan continues his journey to meet Shree Raman.

Asokavanikankam, the fifth act in the play Aascharyachoodamani by Shakthibhadran is typically performed over a span of 16 days. The performance, an excerpt from the above is on Indraneemaham, the day of Ravanan’s nirvahanam (pre-story narration) which follows Purappadu (a character’s stage entry ). Though choreographed on three couplets ‘myjeevathi’, ‘Yudhisarabhasam’, and ‘Indraneemaham’, the day’s performance is named after the last one and known as Indraneemaham Koodiyaattam.

Excited on hearing of Seetha’s beauty, Ravanan starts his journey to see her accompanied by a subordinate and Shoorppanakha. On seeing her, he is overwhelmed by her ineffable charm that makes him forget all other beautiful women he has seen and concludes that no one is as beautiful and gorgeous in all the three worlds, not even excepting Parvathy, Lord Shiva’s consort.

The elaborate and intense acting engaged in Koodiyaattam is demonstrated in this occasion during the performance of Kailasodharanam and Parvathyviraham, performed standing on the Peettom (the stool) which is unique to Koodiyaattam and its theatrical approach. After this, the act comes to an end with Ravanan lost deep in thoughts over Seetha.