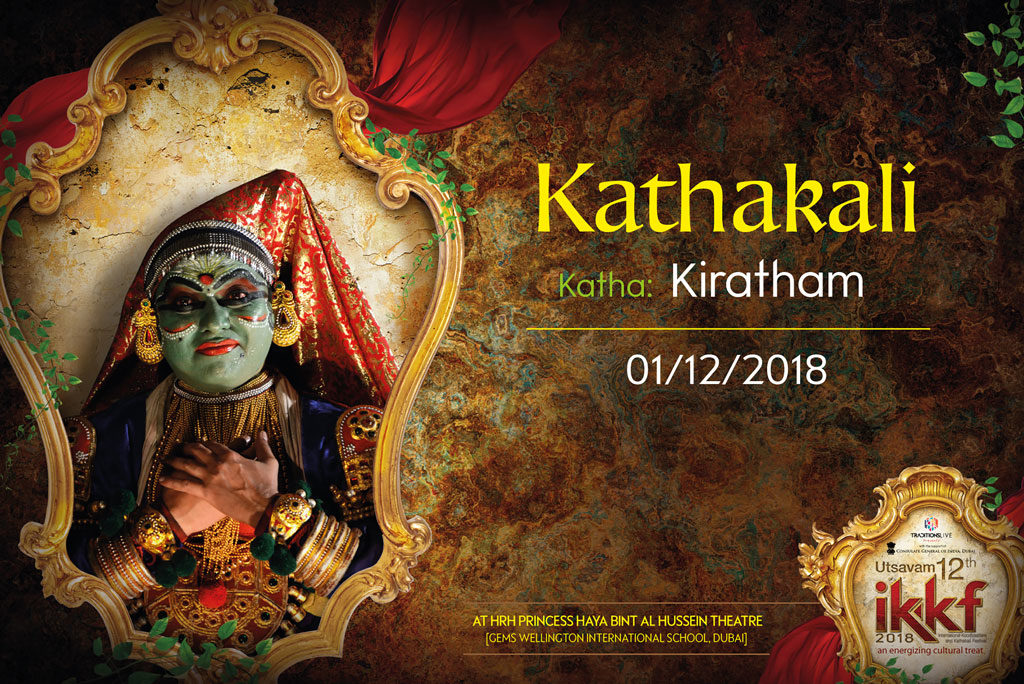 Like most classical art forms of India, Kathakali too owes much to the Bhakti movement in its origin and evolution. Bhakti movement had two major threads, Saivism and Vaishnavism which ran concurrently for centuries. Kiratham, written by Irattakulangala Rama Warrier, in 18th century is based on a tale from Mahabharatha, one of the several where Saivism and Vaishnavism reconciles with each other. Arjuna the warrior and Siva the Lord, have equal prominence in this narration. Siva and his consort Parvathy manifest as tribal hunters (Kirathas) in this tale. Their quest is to test and eventually bless Arjuna, who is worshipping Siva for invincible weapons in the looming war. Siva intends for a playful duel with his devotee, but things get a bit out of hand as the tale proceeds. As often happens, it takes a woman’s intervention for sanity to prevail.